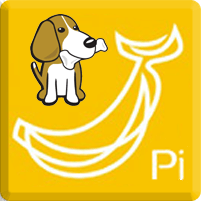 What are the best Pi alternatives for HTPC media server solutions? I am a student and therefore not particularly rich. I am always looking for ways to achieve the same result with less financial investment. Small embedded systems like the Raspberry and Banana Pi and BeagleBone are very appealing to me because they allow me to have an HTPC streaming home media server while saving on my electricity bill. In my tests I discovered that the Raspberry Pi is capable of running usenet and torrent software to keep my media library updated while acting as a DLNA server to stream media to my HTPC connected to my TV or my XBOX 360. I do like power and speed though, so I wanted to see what Pi alternatives were out there, these are my findings.

In this post I overview the specs and possibilities of the Raspberry Pi, Banana Pi and BeagleBone and the advantages and disadvantages of each. I summarize the specification comparison in the table below.

The Raspberry Pi has become the epitome of small embedded computers. Despite it being quite weak, 700MHz (easily and safely overclockable to 800MHz) and 512MB SD RAM, it can run XBMC, Plex, Usenet and Torrent software, console emulators and there are countless other projects. There are 4 USB ports so you can add a remote control and external USB storage.

I already have plenty of guides for the Raspberry Pi and more are in progress. If you are on a super budget or want an inexpensive gadget to learn Linux or programming, go for the Pi. However, if you easily get frustrated with the speed of devices then consider the Banana Pi or BeagleBone which give you a lot more bang for your buck. Buy Raspberry Pi Model B+

The Banana Pi is considerably more powerful than the Raspberry Pi. They have fixed all of the major limitations of the Raspberry Pi, namely poor Input/Output caused by the SD card by adding a SATA port to connect a hard drive – SSD would fly – on which you can run Linux, Gigabit ethernet instead of 100Mbit ethernet, 1 GB DDR3 RAM compared to 512 MB SD RAM and a 1 GHz dual core CPU which destroys the 700Mhz single core of the Raspberry Pi.

On the Banana Pi, you can install Raspbian, Debian, Android and many other operating systems which makes it very flexible. I am sure when I get my hands on the Banana Pi it will be my preferred low powered media server. Picture a Banana Pi running Linux off an SSD and storing media on an external USB hard drive! My Banana Pi is currently in the mail so if you grab one you will have plenty of guides to follow if you want HTPC awesomeness on a budget Buy Banana Pi 1 GHz – 1 GB DDR3, SATA – Gigabit 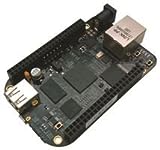 The BeagleBone Board is another Pi alternative which is considerably beefier than the Raspberry Pi. The Beagle has 512 MB DDR3L RAM, 4GB on-board e-MMC storage to boot Linux in 10 seconds – no SD card necessary like the Raspberry Pi. It includes a USB port for external storage or peripherals to store all of your media. The Beagle may have the same amount of RAM as the Raspberry Pi but the RAM is DDR3 meaning it transfers data 2x faster.

Warning: the Beaglbebone is a poor media server because of its power and the way it handles USB devices like external hard drives, I cannot recommend it as a media server.

The Beagle runs Debian, Ubuntu and Android meaning lots of project possibilities. I will be comparing the Beagle and Banana Pi to see which performs best as a media server once mine arrives. I expect it will run XBMC on Android which can be displayed through its mini HDMI port, add a simple remote and you have a mini media center that shouldn't lag like the Raspberry Pi does sometimes. The BeagleBone currently has 4.5 stars Buy BeagleBone 1 GHz – 512 MB DDR3 – 4 GB (Rev C)

Whichever Pi flavor your choose, rest assured you will be able to find all your media server guides here. You can stay updated when new guides are published by subscribing to my mailing list or following HTPC Guides on Twitter or Facebook.