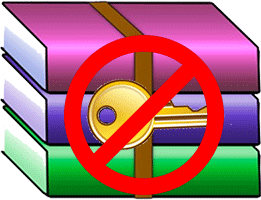 Usenet releases can be passworded causing frustration for users. Like Sabnzbd, NZBGet can discard passworded releases that your usenet indexer didn't catch it just requires a script configuration. The PasswordDetector script is written by several coders in python so it will work on all operating systems: Windows, Linux (Debian, Ubuntu, Raspberry Pi) and Mac OSX. It runs as a queue-script which means it scans the rar files as you download to see if there's a password and will pause or discard the release depending on how you configure it. This guide covers how to abort password releases in NZBGet 14 and onwards, older versions do not support queue-scripts.

You will need to drag the PasswordDetector.py file to the NZBGet scripts folder in c:\Program files (x86)\nzbget or c:\Program Files\nzbget

Make sure Python is installed by downloading Python 2.7 32-bit or 64-bit.

This allows you to run python from the command prompt in Windows which is useful if you are installing other programs like SickRage, CouchPotato, Mylar or Headphones. 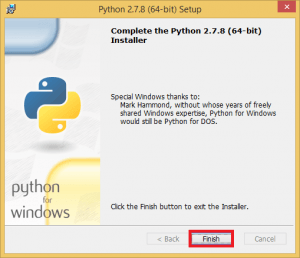 Make sure Python 2.7 is installed, it should be by default.

First make sure NZBGet 14 or later is running 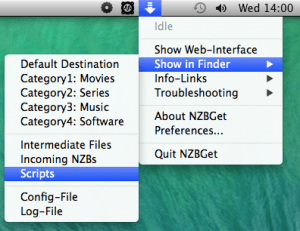 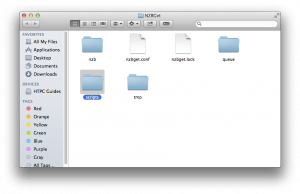 Copy the PasswordDetector.py script you downloaded into the scripts folder (the screenshot shows FailureLink which is also a useful script) 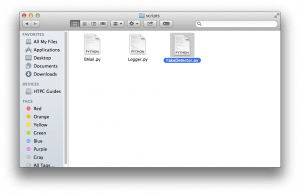 SSH into your Linux box and go to your nzbget scripts folder, by default it is a subdirectory of your downloads folder. You may have it elsewhere like /usr/bin/local/nzbget or ~/nzbget-14.1/scripts

Change to the NZBGet scripts folder

Make sure PasswordDetector is executable

If you already had NZBGet running you will need to Reload it, load up the NZBGet WebUI at http://ip.address:6789, default username nzbget with password tegbzn6789.

Hit Settings, System in the left pane and click the red Reload button

Now click Settings again and you will see PasswordDetector in the Left pane, click it to reveal the options.

If you know the passwords to some releases you shoudl choose Pause which allows you to enter a password or abort the release.

If you want to abort all passworded releases, click Mark as Bad so it turns blue.

Reload NZBGet and test with a known passworded release. You will see it marked as BAD in the Download History.

CouchPotato and Sonarr use the release marked as BAD information from NZBGet to grab another release automatically.