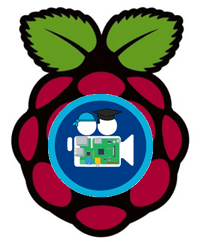 The last HTPC Guides giveaway was a Banana Pi from Lemaker which Lorenzo won. This time around the Media Server Giveaway is a Raspberry Pi 2 for the lucky winner.

The winner will receive the Raspberry Pi 2, a case, SD card with Minibian Jessie and the HTPC Guides Media Server Installer and a 5V 2A power adapter. You will have everything you need to get started with setting up a powerful, low electricity footprint home media server. See these benchmarks for the kind of speeds you can expect from a Raspberry Pi 2 NAS.

To gain an entry you must be on the mailing list – in a previous Amazon gift card raffle the first 3 winners were dropped because they were not on the mailing list! Additional entries in the raffle can be gained from sharing the promotion.

I will ship the kit anywhere in the world, you – the winner – do not pay for shipping!